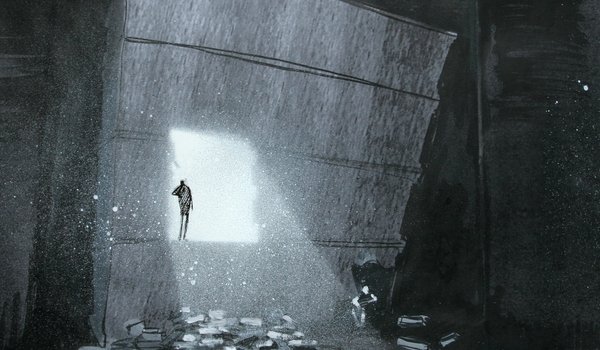 About the Department
Master Degree in Stage Design

The study of stage design concerns the dramatic properties of space and the shaping of a dramatic character. State design is authorial participation in the creation of a theatrical production. Instruction is conceived to respect the dramatic departure point of stage design and its team character and the contemporary overlapping tendencies of the field.

Studies are divided into two stages – a three-year Bachelors’ and a two-year Masters’ programme.

The Department of Stage Design was created by Czech stage designer and architect, Prof. František Tröster in 1946. The foundations of the teaching program were laid by other Czech stage designers of international standing, for instance Josef Svoboda. The department has further developed its teaching concept under the lead of Tröster’s student and stage designer, Prof. Jan Dušek the developer of action scenography. Many important Czech designers have graduated from the DAMU Department of Stage Design including: Milan David, Karel Glogr, David Marek, Luboš Hrůza, Ondřej Nekvasil, Jana Zbořilová, Ivana Brádková, Kateřina Štefková and Jan Štěpánek, many of whom teach at the department. These individuals have had a powerful infl uence on the visual power of theatre globally.

This outstanding history and the dynamism of the program have given the Department of Stage Design widespread international recognition. Many students from all over the world have studied with us. In the past, the program was only offered in Czech; nevertheless, students came to study from Germany, Brazil, England, America, Italy, Korea, Israel, Poland, Serbia and many other countries. In view of the fact that many talented foreign students were extremely interested in studying at DAMU but found it problematic studying in Czech, the English language program was created. It has already produced many successful MA graduates.

The program focuses on the design process of shaping dramatic space for theatre, opera, and ballet. Design for film and television as well as non-traditional, or site-specifi c spaces, is also included in the program. Our aim is to guide students in the creative process of mastering stage design as an authorial component of theatre making. Students will also master the technical and technological requirements of designing the stage space – including projection, lighting and acoustics. Our focus is on the designer as co-author of the theatrical performance, and author of the visual experience. Designers will also engage in a professional and theoretical self-refl ection of their own work – a theorized practice. Designers may also work with an architect on designing theatres.
There are mandatory seminars, courses, workshops and practical exercises. DAMU International also provides a wide range of Electives, Exploratory Courses, Non-credit Lectures, and Cultural Excursions, which comprise a vital aspect of each student’s educational experience.

The curriculum of the program includes coursework in the following:

The graduate of the Masters Degree in Stage Design is a conceptually rigorous, creative and educated artistic personality. Each student gains an in depth knowledge of theatre, literature, music, fi lm, architecture, and the history and theory of stage design. The graduate masters the technical aspects of the formation, and designing and lighting, of the scenic space. If a student’s work is outstanding, he/she may be given the opportunity to create the design of a major production in the DISK theatre.

Professor Jan Dušek: Department Chair – Scene Design – Graduate of the Department of Stage Design, DAMU. Studied under Professor F. Troster. Collaborates with most Czech theatres as well as with theatres in Germany, Poland and Slovakia (more than 500 productions). First Place at the Trienale Novi Sad (1973); The Radok Prize (1996). Taught in Spain, England, Holland and the USA.

Ondřej Nekvasil: Instructor; Scene Design for Film and Television – Graduate of the Department of Stage Design, DAMU. Designed many full-length fi lms. Works in television and collaborates with numerous Czech theatres. Participant in the Prague Quadrennial 1999 – Best National Exhibition. Winner of the EMMY award for “The Diary of Anne Frank.”

Jakub Korčák – Graduated as a director from DAMU. Directed at numerous theatres in the Czech Republic (City Theatre Zlín, Vinohrady Theatre, Otamar Krejča’s Theatre Behind the Gate). Has taught directing at DAMU since 1990.

Nikola Tempír is a stage designer living in and working in Prague. He collaborates with a number of theatres in Prague and arround the Czech Republic. He has designed over 150 projects mainly as stage designer but also as production designer or costume designer. He also participated on projects in Poland, Slovakia, Hungary, China or USA. His co-directors are mainly Jan Frič, Braňo Holiček, Petr Zelenka and David Šiktanc.